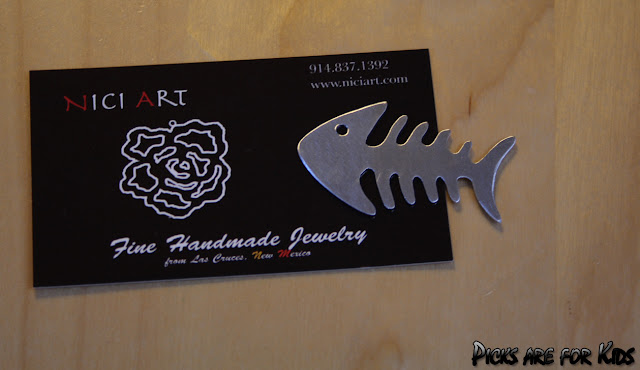 Another great find on Etsy. Made out of aluminum and shaped like a fishbone, Nici Laskins's take on the guitar pick is a little odd at first sight. Initially I was put off by the length of this pick, the tail rests halfway between my second and third knuckle, but after a few minutes I realized it was actually adding a little extra stability and helped keep the pick's attack angle locked in. Tone is typical of aluminum, super bright. My only real complaint is the edges of the "head" are a bit too square but otherwise it's a nice pick to use once you adjust to the length.